Every sport requires a specific set of physical traits and attributes.

Faster Results, With A Science-Based Approach

Understanding the individual, as well as how to train for the demands of each sport, is paramount to achieving great results that transfer directly to the field of play.

At MECA, we have developed and implemented training programs for athletes in more than 40 different sports – whatever the sport or competition level, we have the knowledge and experience necessary to deliver maximum results. 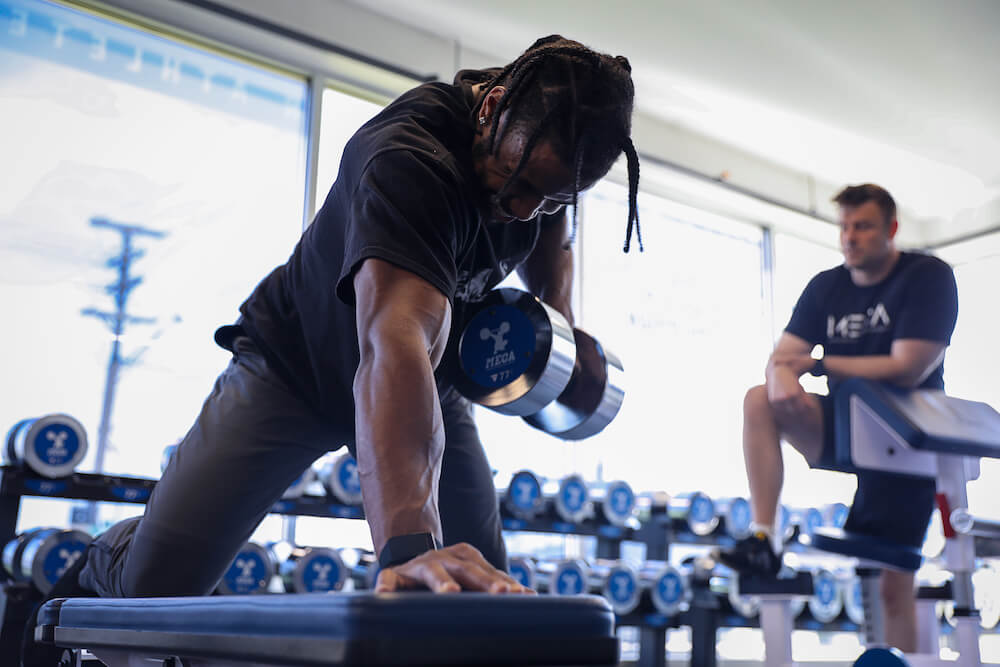 The first step to attaining results is to thoroughly ASSESS each athlete during his or her initial visit. This begins with a body fat test and hormonal profile. Next, the athlete performs our upper and lower body structural balance testing. Through this testing, we begin to identify strengths and weaknesses in the athlete’s chain. We finish by setting goals based on the individual and the sport that they play, understanding where they are currently and where they need to be physically.

The next step is to DESIGN the series of workouts that will progress the athlete forward. We start with the end goal and work our way backward, designing individualized programs based on the information gathered during the assessment process.

Finally, the hard work begins to ACHIEVE the goals laid out in the assessment process. At MECA, we are confident that our athletes make more progress in strength, power, speed, and body composition training with us than any other training center, college, or university. The reason for this confidence is the ASSESS, DESIGN, ACHIEVE approach we follow with all of our clients. This process allows us to set up the best possible plan for an athlete so that all they have to do is show up and put in the work.

The biggest jumps in physical performance are made in the off season. This off season, train with the best and take your game to the next level!

The goal of Michigan Elite Conditioning for Athletes (MECA) is to improve sports performance and help our athletes who train with us fulfill their true athletic potential – giving them a great advantage over the competition by being faster, stronger, and tougher on the ice.

In the last 3 years, we have had the opportunity to work with athletes in the NHL, American Hockey League, Division I Collegiate Hockey, and basically hockey at every single level on down. We pride ourselves in developing young hockey players who aspire to play at the next level by helping them improve their physical qualities very quickly. Our scientific-based approach to strength training enables us to deliver the best training you can find. 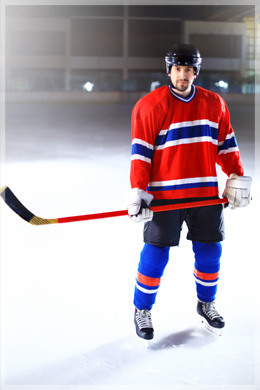 If you’re an accomplished college, semi-pro, or arena league football player and desire to play in the NFL, you probably know by now that you’re facing tough odds.

With elite athletes aspiring to do the same graduating college each year, the competition continues to get even more intense. This, however, shouldn’t deter you from your goal. To get there though, you must go through the NFL combine. This is a place where scouts and key team personnel have an opportunity to assess you and other prospects for physical and mental aptitude in ways that they presume will translate to a successful playing career for you and ultimately a winning football team for them.

The determination, effort, skill, and success achieved prior to testing at the NFL combine appears to play little significance in improving a prospect’s draft consideration. To many, the ability to perform on “The Day” is what sets athletes apart from others. From the perspective of team personnel, it’s implied that most athletes capable of performing at football’s highest level have all of these characteristics and the right genetic makeup to boot. This is, in part, why you must be as prepared as possible to capture the eyes of player representatives, scouts, and key team personnel to have your best opportunity to play in the NFL. A mediocre-to-good playing career along with average combine numbers is unlikely to get you to the next level. You need to stand out.

When preparing for the NFL combine, most prospects spend 3 to 4 months following the same programs that they learned and have had in place while in college. At best, they adjust these programs to focus specifically on the drills and skills that they will be asked to perform during the combine. Not a bad strategy, but also not the best. At Michigan Elite Conditioning for Athletes, we do more than that. We use methods developed by some of the top strength coaches in the world to discover structural imbalances, mechanical flaws, hormonal dysfunction and other criteria to design a program that promotes rapid development gains in speed, strength, agility and explosiveness.

Some training institutions may highlight their ability to have a projected 1st round or other marquee player drafted. They may also have a multi-million dollar facility built upon their legal representation and support of these players who are all but guaranteed big deals. These organizations, however, are out-of-reach for many aspiring to play in the NFL. If not for the lack of access, then a lack of financial resources. 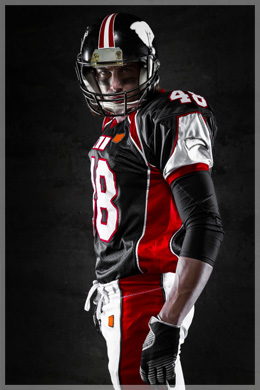 Michigan Elite Conditioning for Athletes (MECA), was founded in 2011 by strength and conditioning coach, David Lawrence. The mission of MECA is to “elevate the level of health and sports performance in the state of Michigan by providing superior training and coaching.